She was found dead at her home in Dudley Mews, The Groves, by police. They broke into the flat after being contacted by work colleagues of Cllr Jeffries, 58, who hadn’t seen her for a few days.

She is believed to have died of natural causes.

Lynn Jeffries attended Ackworth School in Wakefield and read sociology at the University of York.

A skiing accident in 1992 left her partially disabled and she was a tireless campaigner for disability rights. She met future leader of the council James Alexander while she was providing disability equality training at the University of York where he was president of the Students Union.

Later he asked her to stand as a Labour councillor and she was elected to Westfield ward in 2011. But Cllr Jeffries left the party in August 2012, criticising the leadership for failing to consult with councillors and the wider public.

After a time serving as an independent, she joined the Liberal Democrats in May 2013. 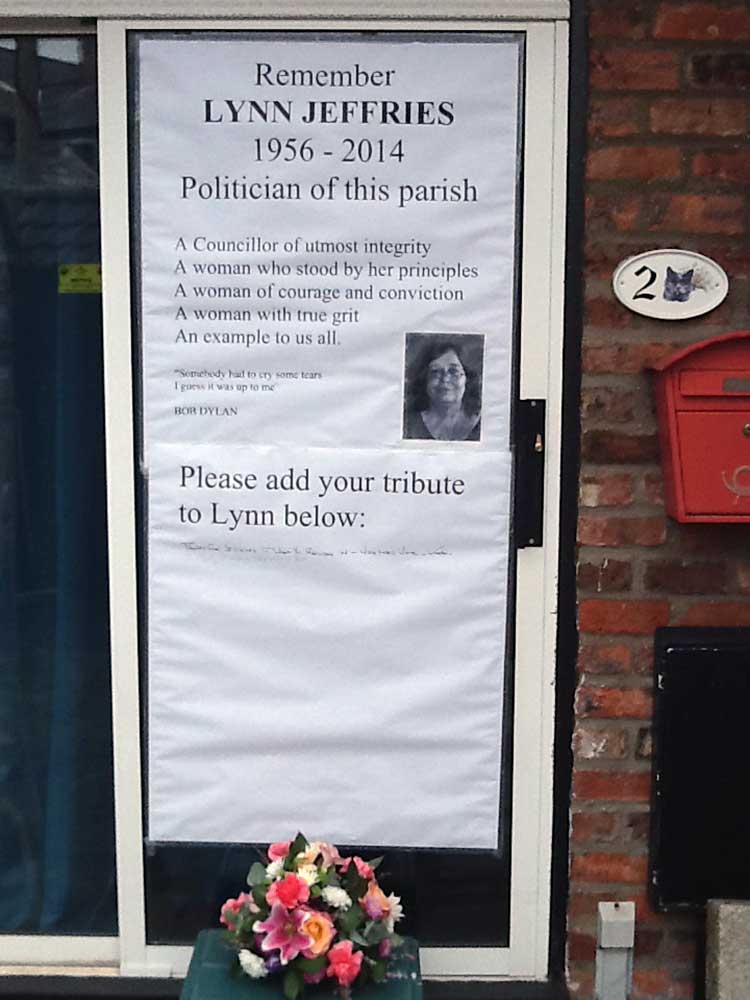 Councillor Keith Aspden, leader of the Liberal Democrat council group, said: “We are deeply saddened by Lynn’s passing. Our best wishes at this very difficult time are with Lynn’s friends and family.

“During her time on the council Lynn has been a devoted community councillor, a champion for equalities and a good friend.

“She will be greatly missed.”

“I’m extremely saddened to hear the news that Lynn Jeffries has passed away,” said Labour leader of the council James Alexander.

“I first met Lynn when she gave me training on disabilities during my time at university. It was from that point that I got to know her better and encouraged her to stand for and get elected as a Labour councillor.

“Clearly our opinions differed after that but I always had every respect for Lynn and the thoughts of myself and the entire Labour group are with her family at this sad time.”

Matthew Laverack knew Cllr Jeffries through their shared interest in city policies and became her landlord when she moved into Dudley Mews. He greatly admired her for standing up for what she believed in.

“She was a councillor with true integrity,” he said. “We need more like her. She will be sadly missed.”

He has created a tribute to Lynn Jeffries on the door of her home and is inviting people to add their own thoughts and condolences.