York Theatre Royal’s latest blockbusting holiday show is The Legend Of King Arthur, an historical romp around one of the greatest stories of English folklore.

Following the huge success of previous summer productions including The Railway Children, which transferred to London, Peter Pan and last year’s York Mystery Plays, The Legend Of King Arthur has been created by writer by Mike Kenny and directed by Damian Cruden.

The theatre has been transformed into Camelot to bring to life the fantastical tale with songs, sword fights and sorcery. Meet Arthur, his sword Excalibur, the Lady of the Lake, brave Lancelot and Queen Gwenevere.

Naturally Merlin the Wizard is weaving his magic, there’s love interest between brave Lancelot and Queen Guinevere – and fighting too, in the battle which would bring an end to the treasured realm of Camelot.

Visitors can make a day of it with various activities at the theatre. Learn how to emulate Sir Lancelot at Knight School – become a master of heraldry, have a go at jousting and eat at the round table. (Just watch out for the dragon…)

The show is on from Wednesday, July 24 to Saturday, August 31. Full details on the York Theatre Royal website.

Wait a minute though – isn’t King Arthur a Cornish hero, with maybe a bit of Glastonbury thrown in? Perhaps, but he does have some local connections, as we shall now prove with our Mix Six of Spurious King Arthur Links To York… Back in 521AD King Arthur was basking in his victory in the Battle Of Baddan Hills, when he saw off the Saxons. He set up shop in York and celebrated what is said to be Britain’s first ever Christmas here, celebrating for 12 days.

Even then Arthur was heard to complain about the crowds of shoppers in Coney Street.

According to the historian Buchanan “The latter end of December was spent in mirth, jollity, drinking, and the vices that are too often their consequences.” So much like Christmas today. Sean is rarely seen in York. However, thanks to local artist David Kettley, he is forever found on Shambles, in the picture Sean Connery In The Shambles. While Sir Sean was at the top of the acting profession, a former York Sixth Form College drama teacher was just breaking into movies when he landed the role of a henchman in First Knight. Ralph Ineson, who went on to find fame as Chris “Finchy” Finch in Ricky Gervais comedy The Office, found himself rehearsing sword fights on the set with Richard Gere. 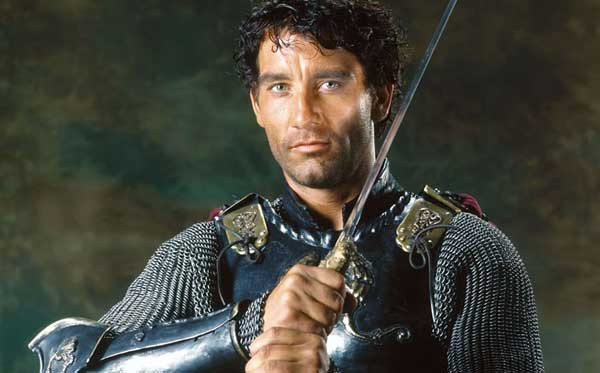 Clive Owen starred as the eponymous hero in the 2005 movie King Arthur, and he once surprised regulars at the Five Lions in Walmgate by popping in for a beer with his mate James Nesbitt. They had been to the Ebor Festival at York Racecourse in August 2006. They were described by the landlord as “spot on”.

You don’t have to travel all the way to Cornwall to find some of King Arthur’s haunts. He and his knights are said to be sleeping somewhere in the depths of Richmond Castle, and will wake up and come to England’s aid when summoned.

Legend has it that a young local man, Peter Thompson, came across the entrance to their resting chamber, and saw Arthur and his sword, Excalibur. As he began to draw the sword, the knights stirred. Thompson fled and was never again able to remember where the entrance lay.

Nearby you’ll find King Arthur’s Oven, an oven-like crack in the limestone which is said to be connected to Arthur’s last resting place. The actor playing King Arthur this summer is Niall Costigan. His dad George is well known to York audiences.

Niall previously appeared on the Theatre Royal stage as Oswald in a play about another old monarch, King Lear. That was directed by his dad George, a familiar face from TV shows as diverse as Emmerdale and Doctor Who, and films like Rita, Sue and Bob Too.

He starred as Willy Loman in Death Of A Salesman at the Theatre Royal in 2008, winning rave reviews, returning there three years later as the star of Pilot Theatre’s Blackbird, (pictured above).

Niall is fluent in French, a talented street dancer, badminton player and guitarist, and now he can add sword fighter to that list. Is there anything he can’t do?