Skip to content
@ 1.16 pm
By Rachel Rogers
in Entertainment

Settle in for spring with the National Centre for Early Music with some familiar faces.

This year marks the 20th anniversary of the NCEM’s spring season of concerts, when St Margaret’s Church had only just opened as the National Centre for Early Music.

The season features an international star line-up of artists including guitarist Antonio Forcione. Also coming up is family friendly fun with an operatic performance of the classic story Green Eggs and Ham.

There’s also an opportunity for young people to get involved with a Youth Folk Sampler Day, and don’t miss out on the chance to catch some classic comedy accompanied by live music.

And to top it all off there’s some genre-defying contemporary folk music. So what are you waiting for?

For our full listings of NCEM events visit here.

How do you like the sound of folk music influenced by Afrobeat, Indian classical, funk and rock? Check out Urban Folk Quartet who’s cross-genre contemporary take on folk music has ignited audiences across the world.

22 March: The perfect introduction to opera

The classic Dr Seuss book is brought to life by Opera North and is aimed at 4-7 year olds and their families. The show will also begin with an interactive workshop which will introduce families to the music, instruments and themes of the performance. There are no upcoming events at this time.

Antonio Forcione is returning back to the NCEM stage, instrument and smile in tow. He has 20 albums to his name and has toured internationally in festivals and theatres across the world to high critical acclaim. There are no upcoming events at this time.

Head down to the NCEM for some classic silent film comedy featuring Laurel and Hardy and accompanied by live music. This will be part of the Yorkshire Silent Film Festival.

16 May: Swingin’ in concert

Everyone knows the classic Queen tracks, but have you heard them like this? Hear a fresh new take as all your favourite Queen songs are given the swing treatment by The Sam Johnson Big Band and local York vocal talent.

The Music of Queen: Swingin’ In Concert 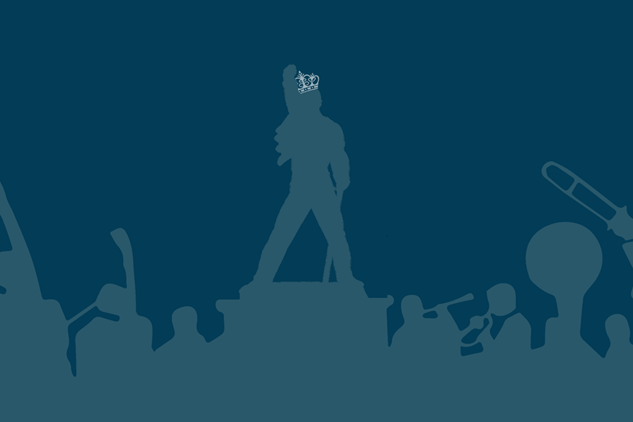 25 May: Learn from inspiring professional musicians

Are you a young musician aged 12-18, or do you know someone who is? Join the National Centre for Early Music and find out more about the National Youth Folk Ensemble. Explore folk music with professional musicians, develop your creativity, and learn and play by ear during the sampler day.