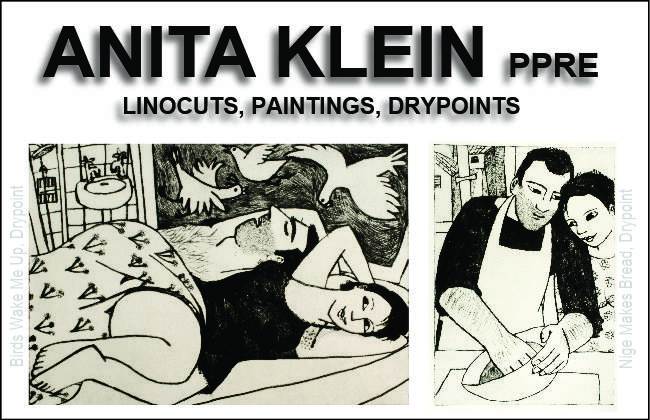 Anita Klein is a regular exhibitor at Pyramid Gallery and has been represented in York by the gallery for 25 years. The body of work she has produced over a 35 year career includes what amounts to a personal diary of her family life. Her relationship with husband Nige and their two daughters have been followed by collectors of her work. Those same collectors are now following the expanding family with the birth and early years of grandchildren. Other subjects include Angels enjoying the fruits of earth and many places travelled by Anita and Nige.

Anita Klein studied at Chelsea and the Slade schools of art. She is a fellow and past president of the Royal Society of Painter Printmakers (RE) and her work is in many private and public collections in Europe, the USA and Australia, including Arts Council England and the British Museum. She divides her time between studios in London and Anghiari, Italy.

No content matches that. Try returning to the homepage or searching the site using the form below