Thousands of runners turned the streets into a riot of colour on Sunday (August 2) as the seventh York 10K proved a great success. The large field made its way around the route, which started and finished in Knavesmire Road close to York Racecourse and took in some of the city’s magnificent landmarks including the minster and Clifford’s Tower. What a wonderful sight to see so many members of the local community taking to the streets of our beautiful city, raising money for their chosen charities. Huge crowds created a vibrant atmosphere as they cheered the participants every step of the way.

Well done to everyone, including the many Asda colleagues, who supported today’s Asda Foundation York 10K and made it such a success. As ever, the beautiful city of York played its part in providing such a perfect venue. Some of the biggest cheers of the day were reserved for the hundreds of big-hearted youngsters aged between three and 14 taking part in the free-to-enter Arena Group York Mini and Junior runs.

They ran to support a good cause choice of their own choice or on behalf of this year’s official partner charity, The Family Fund, a national charity based in York.

For 40 years has been giving grants to low-income families raising a disabled or seriously ill child aged 17 and under.

The winning boy in the junior run was Monty Pegrum, while the first-placed girl was Megan Wyke Ulliott. 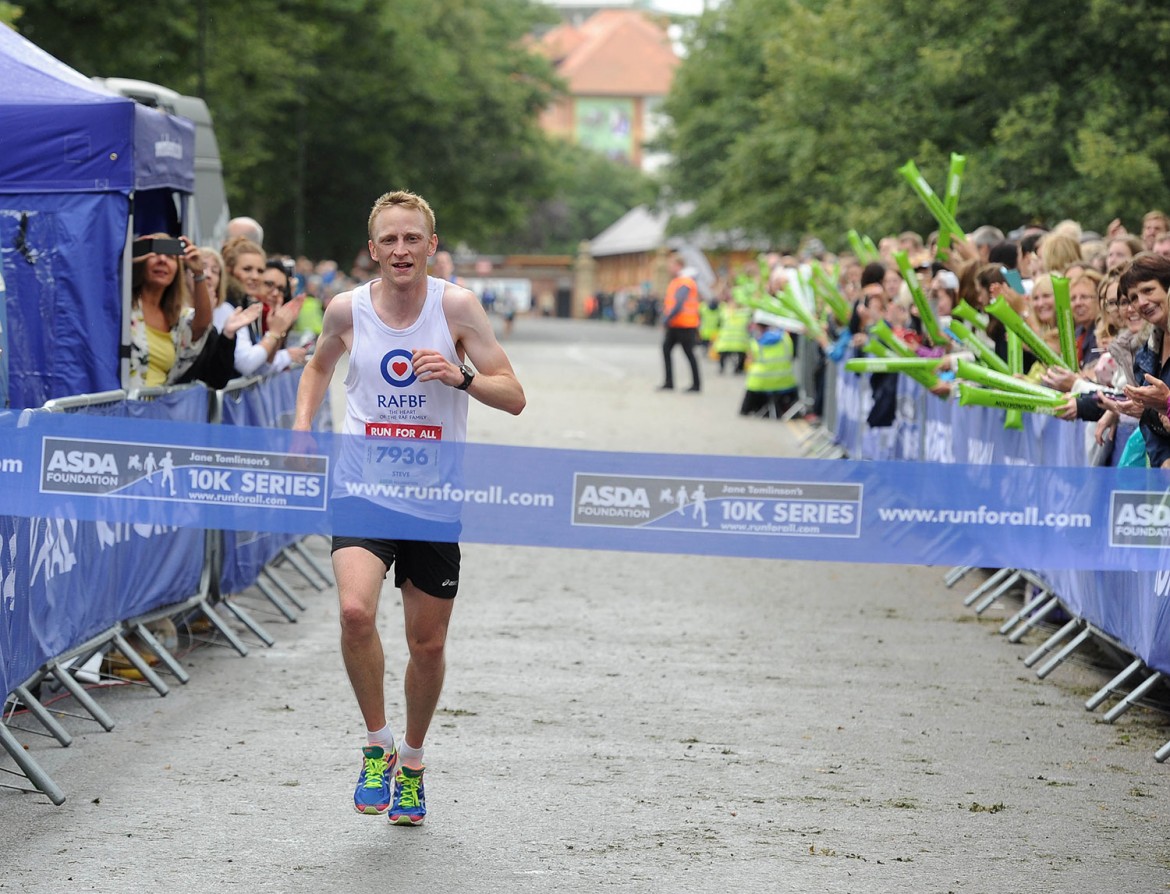 First across the line was Steve Robinson in a time of 32mins 57secs. Jordan Skelly took second place in 33mins 05secs, with John Clifford third in 33mins 23secs. The first woman home was Michelle Nolan in 36mins 45secs. Second place went to Leila Armoush who finished in 37mins 15secs ahead of Emma Yates who was third in 37mins 52secs. #york10k after a big birthday weekend blow out has aligned my health ying yang ???? woohoo

The final straight! I aimed for sub 50 mins.. Legs were having none of it, felt like stopping a few times but some good people pushed me on. 50.34 was my final time. Last time I ever do a run without training for it! #york10k #teammacmillan #running #fitness #personaltraining #pt #personaltrainer #10k #training

I BLOODY DID IT ! 10 KM in under and hour …now for 13 miles without dying. Congratulations to everyone who ran the #york10k what a lovely run.

Before and after shot for the York 10k this morning! Thanks everyone for the support and donations!! #york10k #running #macmillan #cancersupport

So proud after completing my first ever 10k. Already doing the foolish runner thing and thinking of doing a half marathon #york10k

Great day at the York 10k with this kid! Big thanks @harryschof for the PT work, it's paying off as we smashed today! Plenty more runs to come #york10k

Survived #York10k in a new PB time of 46.09. Missed @harrylooknorth & his wonky leg though. Congrats all finishers! pic.twitter.com/evUp6Q6e9F

Pleased to complete #york10k in 57 mins! Who would've thought @neilbarnes101 & I would ever be running! #fb pic.twitter.com/t923g0i9Ua