There’ll be dancing in the streets – and in York’s independent record shops – this weekend. And if visual art’s more your thing, you’re in luck too. As always the full lowdown is in our awesome What’s On Guide.

It’s not every day you get to see belly dancing on Parliament Street. Or join a dance flashmob. Or listen to live music as varied as ukulele solos and gospel choirs. But then York Carnival doesn’t come along every day. It’s here this Saturday from 11am-6pm – more here.

Record Day at the Inkwell – and elsewhere

‘Come back vinyl, all is forgiven’ went the cry from music lovers a few years ago. And it came back – with a vengeance. Saturday is Record Store Day celebrating independent music stores the world over. Among those taking part is the gloriously eclectic Inkwell on Gillygate, with live bands, limited edition vinyl and beer – full details here.

It’s the start of that special season where York’s artistic community throw open their doors and lets everyone tour their studios. More than 90 locations dotted around this city are taking part this weekend and next It promises to be a visual feast – full details here. 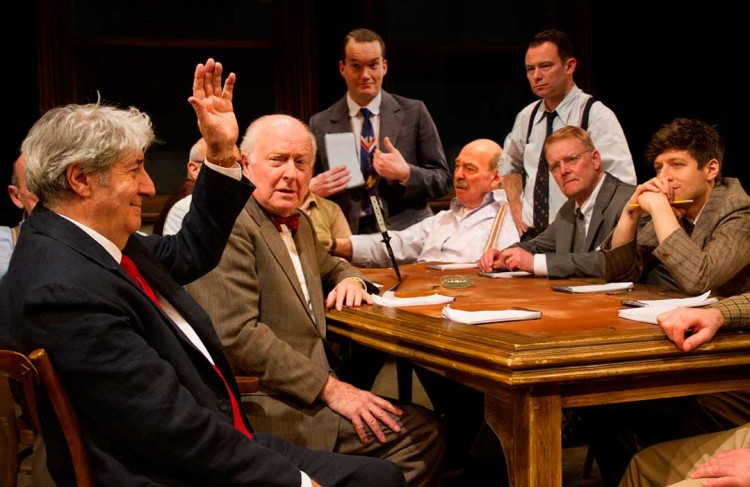 Legend of the stage and screen Tom Conti leads a star-studded cast in Twelve Angry Men, which ends its York Grand Opera House run on Saturday. Our reviewer said “Go see it!” and you can – details here.

Crank Up – and other events

What, you may ask, is a Crank Up? Run by members of the the Military Vehicle Trust, it sees the spring airing of military vehicles of all ages outside the Eye Of York. From 11am-3pm on Sunday – more here.

From the best of the West End to the top of the charts, the music at the Gala Concert at Joseph Rowntree Theatre will have you singing along. Performed on Saturday by students from the Margaret Berg School Of Music, all proceeds go to the NSPCC – details here.

More music
What do you think?