These were among the slogans chalked onto King’s Square in York on Wednesday (October 21) as the #StopRapeEducate campaign came to the city.

Founded by Amber Amour, a survivor of sexual assault, Stop Rape. Educate began in New York City and is on a world tour.

The campaign is raising money via crowdfunding site Generosity.

Amber writes on that page:

We are currently on the #StopRapeEducate World Tour & plan on taking this message around the world and back!

Amber had already taken the message to London before arriving in York on Tuesday. The next stops are Spain, South Africa and Australia.

People were stopping to read the words chalked onto the stone slabs. Some took to social media to offer their support.

Here are pictures of the slogans that decorated the square. 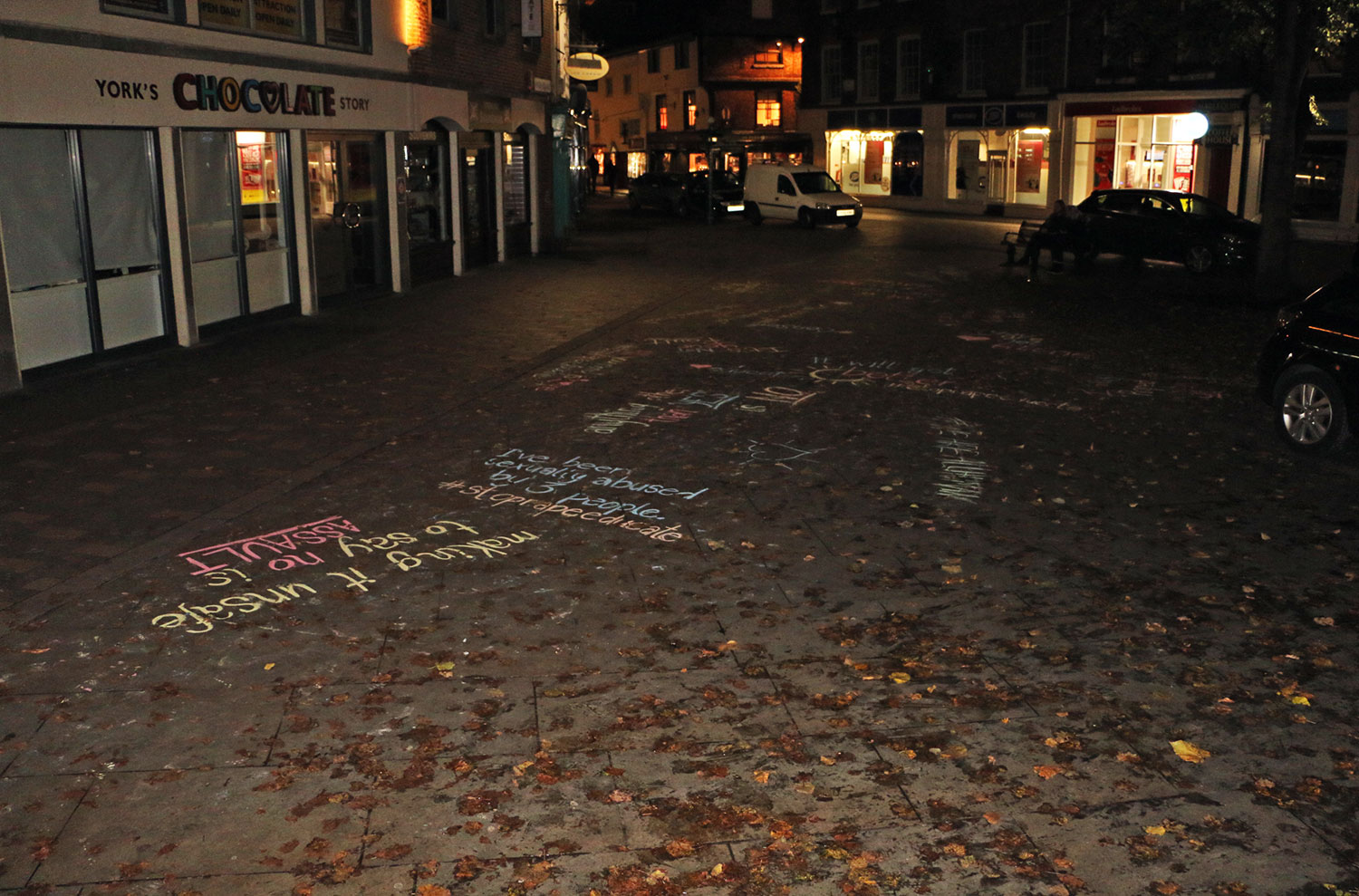